Wow where has the time gone?  Can you believe its already the beginning of October???  We as you can see from the pics below we had a great summer and spring.  There were some amazing turkey hunts and a ton of walleyes and crappies caught.  This spring also gave us a bumper crop of tasty morel mushrooms which goes well with some fresh caught walleyes!

Bryce and I both had good turkey hunts this spring in MN.  I was able to take an average 3 yr old MN bird with a 10" beard but his weight was really low.  Every bird harvested has a good story behind it and this one is probably my favorite out of all the turkeys I've shot!  When it came to Bryce's turkey season it came down to if it could go wrong, it did!  I think the final straw that broke the camels back was when he had a tom fired up and coming in on a string and a guy decided to take a ride on his 4 wheeler down the logging trail that the tom was coming up!  The bird ran the other way and Bryce could only sit there and shake his head at the trespasser!

The highlight of the spring had to be Bryce's 10 yr old daughter Skylar harvesting her first tom.  It was an amazing hunt with 3 nice toms strutting around the decoys for quite a few minutes before Skylar decided which one she wanted to bring home.  For her first turkey hunt she got to witness an awesome show from the 3 toms.  The only problem is Skylar was spoiled thinking that you sit for 30 minutes and then have 3 birds come straight in!

I'll get some more pics from early season up on the Blog this week.  Not all the hunts will be posted because some of the pics show backgrounds that would give away where we hunted.  It seems dumb but we actually had a group of guys thank us for showing them exactly where to hunt with some of the pics we've posted in the past.  So now we are a little more hesitant on showing early season hunts because spots are harder to come by in our early season.

Skylar and Her Beautiful 1st Tom 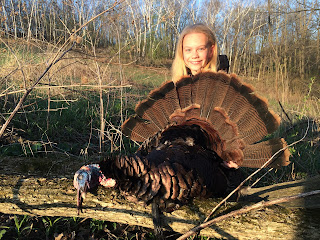 The 3 Toms Putting On A Show 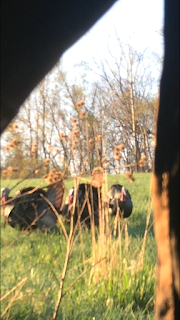 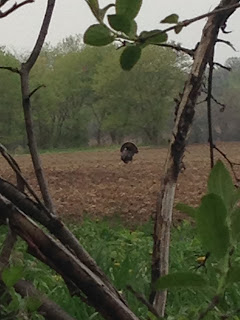 Chad and His MN Bird 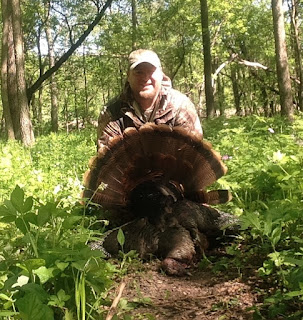 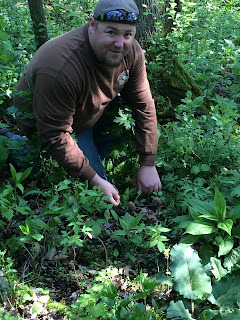 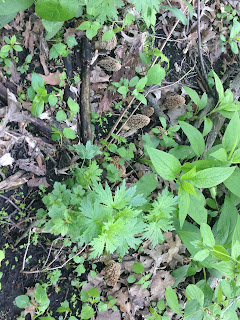 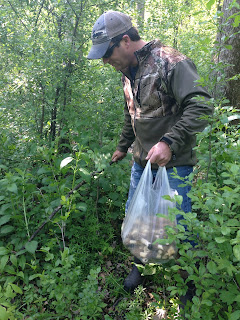 Posted by Last Pass Guide Service, LLC at 9:09 AM