The 2014 Canada Goose season has officially come to an end for us guys at Last Pass Guide Service!  Like I say every year, its a bitter sweet feeling.  It's nice to have a break from the grind of hunting hard for the last 4 months but after having a month off I really start to miss being out in the cold and wind with big slob geese backpedaling in the decoys! Lucky for us the Canada season might be done but that just means the snow season is right around the corner! Its like the old saying says, when one door closes another door opens.

Before we move onto snow geese I'll discuss the fall hunting we had.  This Canada season was the best I've seen since 2005.  We had a lot of memorable hunts this year and two hunts where we zeroed and we'd like to forget!  There were 11 hunts where we harvested 30 geese or more and a pile of hunts where 20+ geese were taken.  The good hunting started on the early goose season in September and went all the way till the very last day of the season.  We did have two weeks in December where the hunting got tough with the warm temps, rain and fog.  October this year had us having some of the best hunts.  The best part about our October hunts is they were usually a mixed bag of geese and mallards. This year we harvested more mallards than I ever remember!  In fact I think we shot more ducks during this season than we have the last 5 seasons combined!  November brought us our big push of geese into Rochester when the rest of the state all froze up.  Unfortunately we lost a lot of our ducks but the goose hunting was phenomenal.  Like most years, we had a pile of ducks still decoying after the duck season ended.  Like I said, this season was described with one word... Memorable!

The last couple weeks of the goose season had us putting a hurt on the birds.  When we should've been struggling with stale birds we were harvesting big piles!  Bryce and I hated to see the season end with how great the hunting was.  We had 2 amazing hunts to finish the year off.

When You See This While Setting Decoys, It's A Good Sign!
﻿ 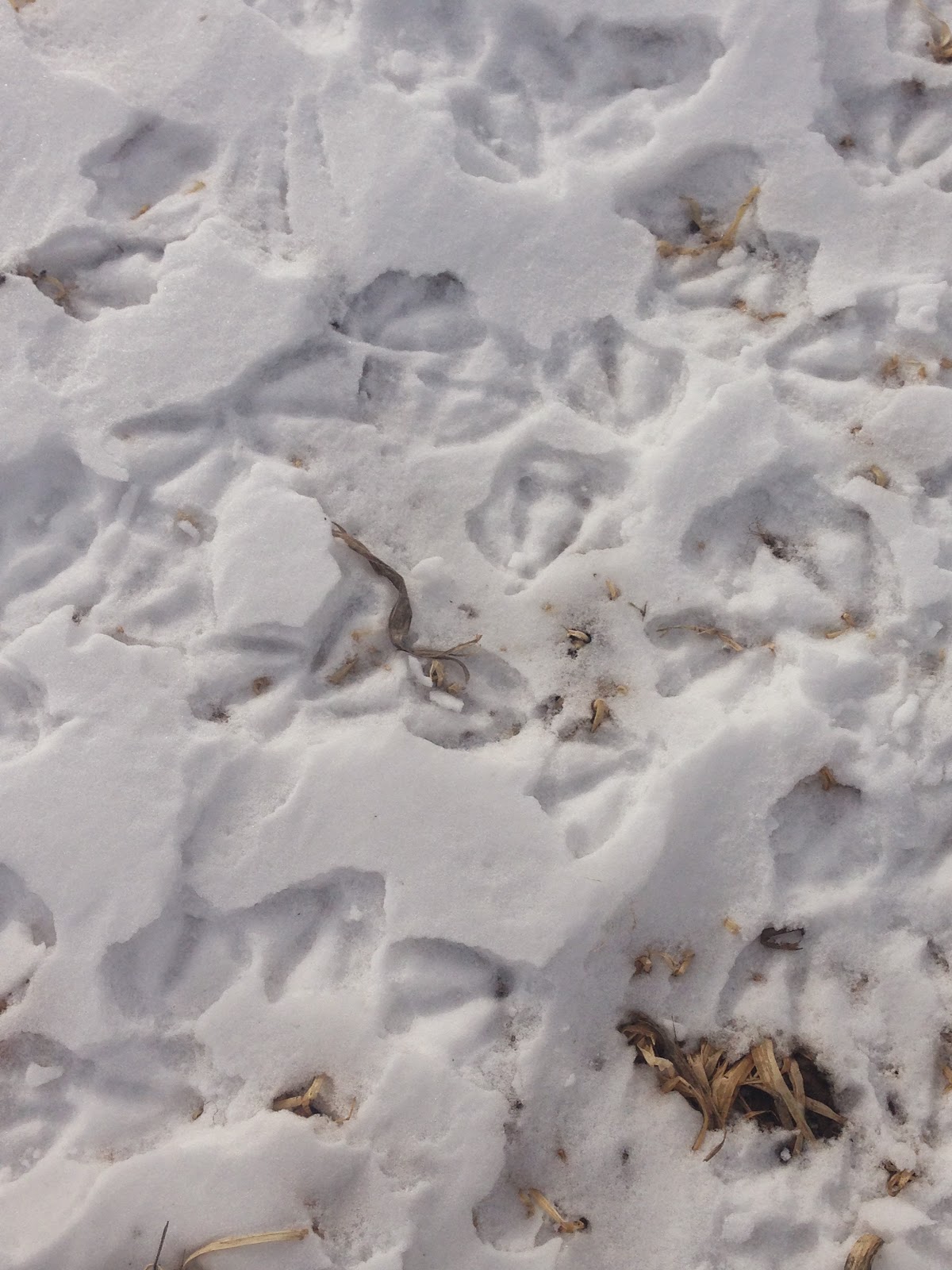 A Great Hunt With Lots Of Close Geese 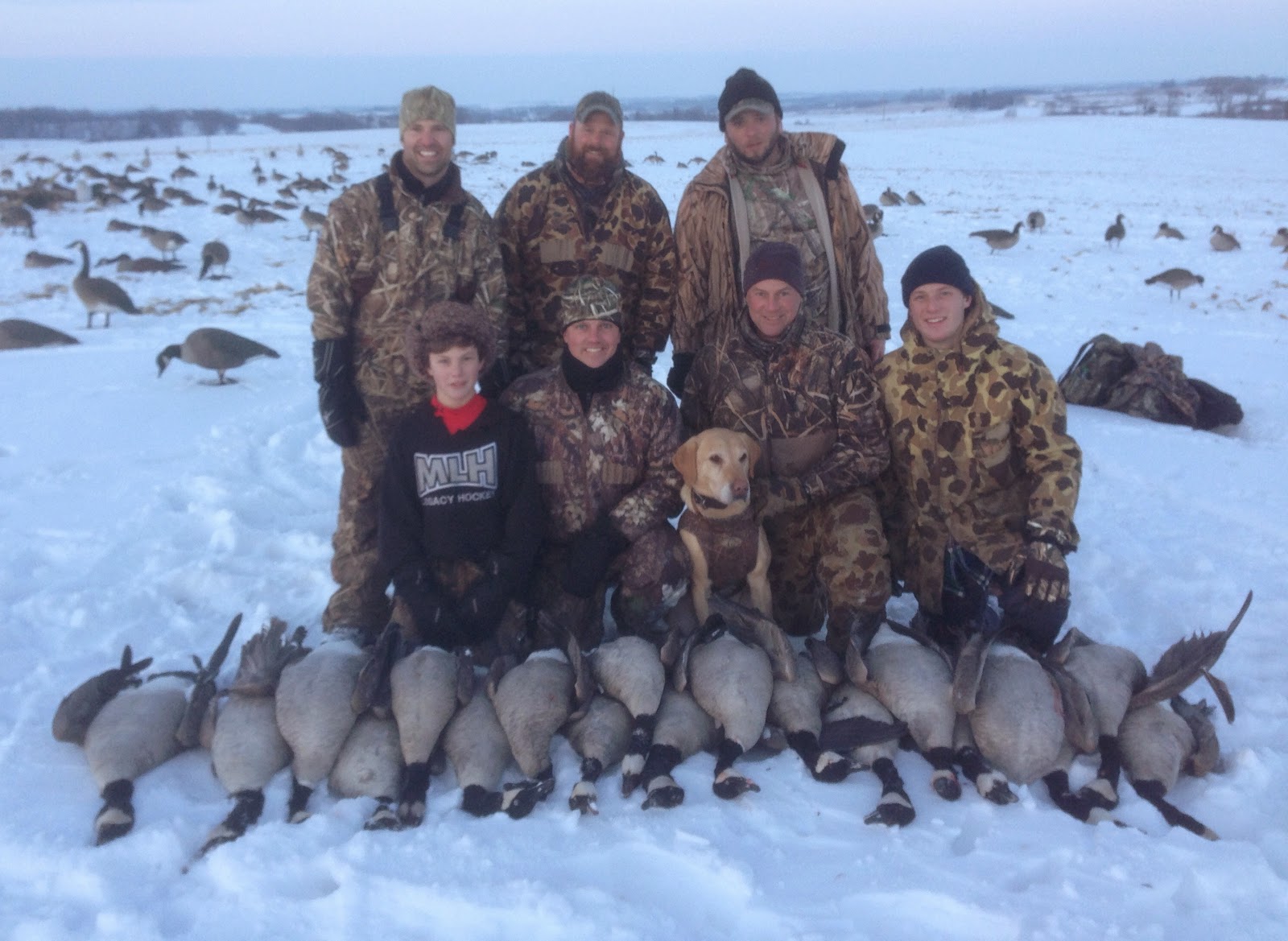 My 2 Boys... Kelton On The Left and Hawk With a Goose 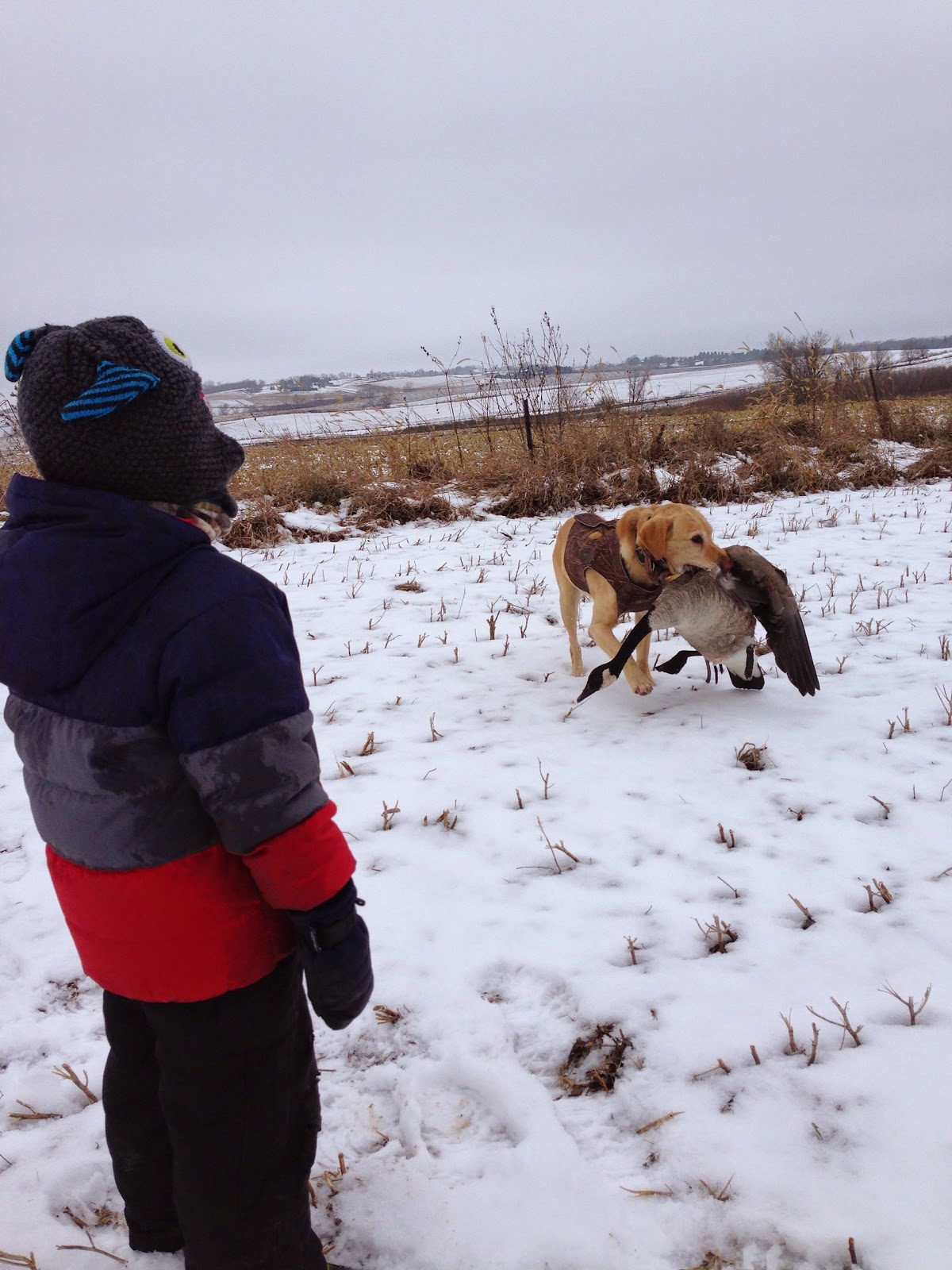 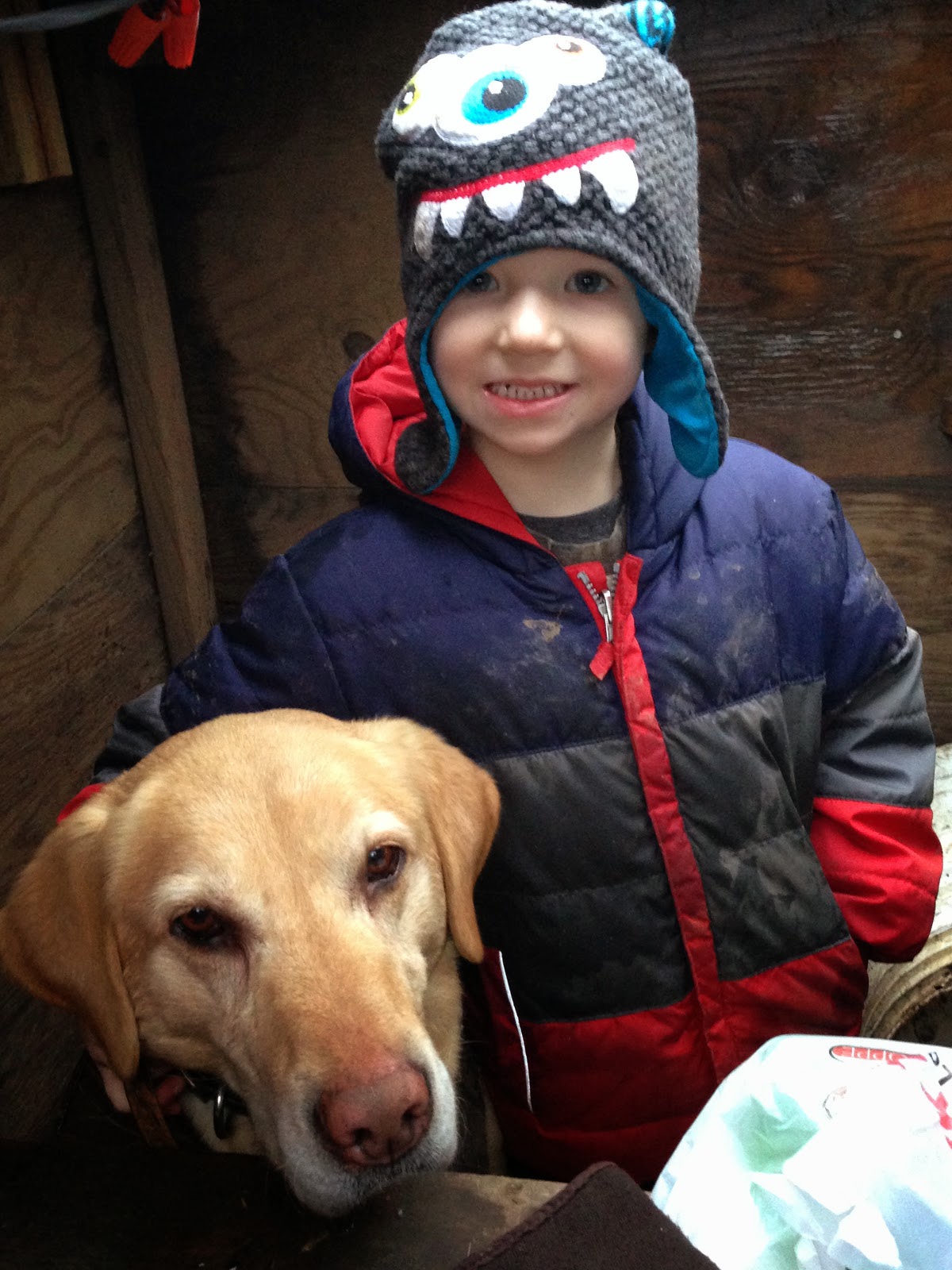 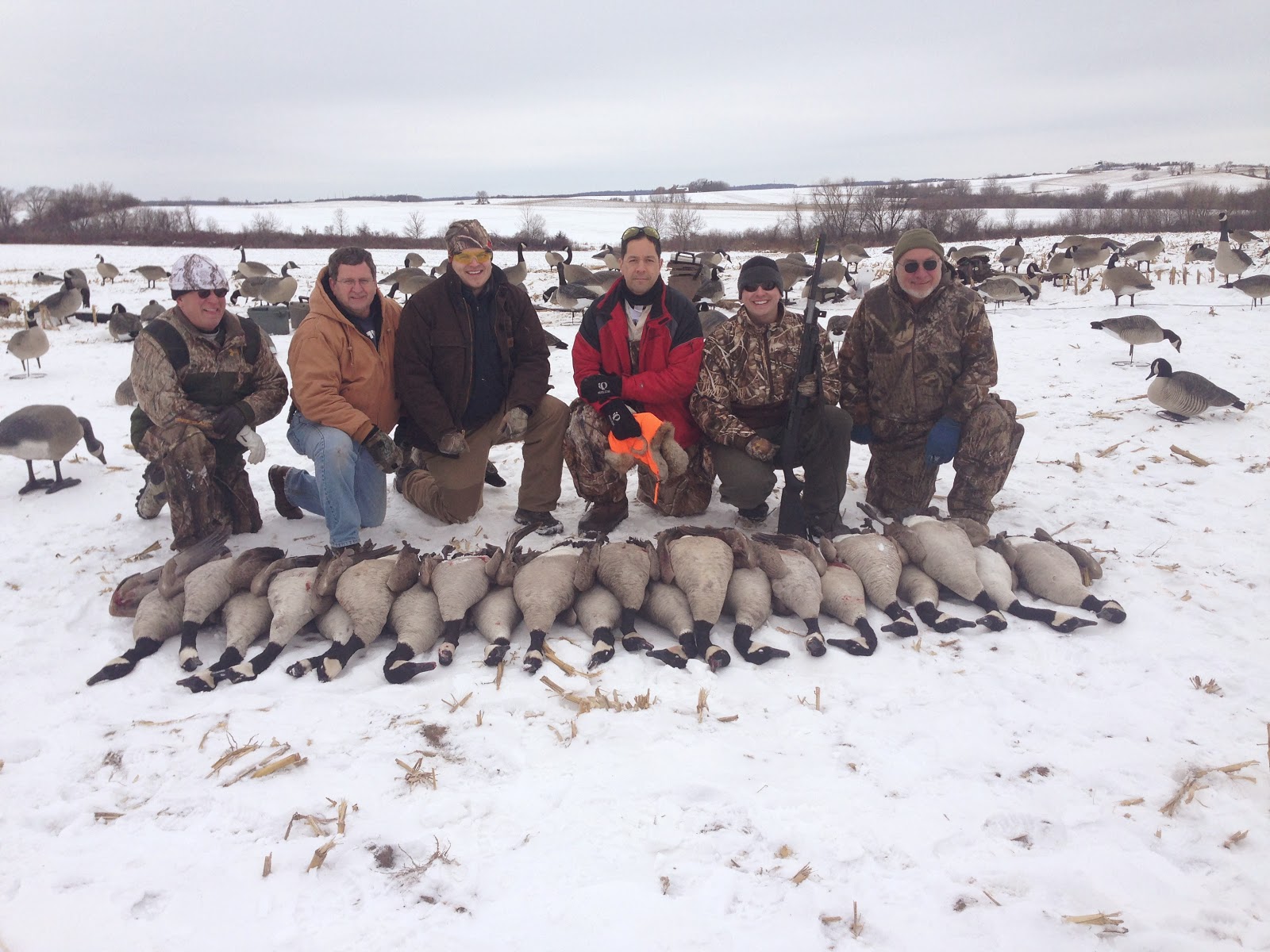 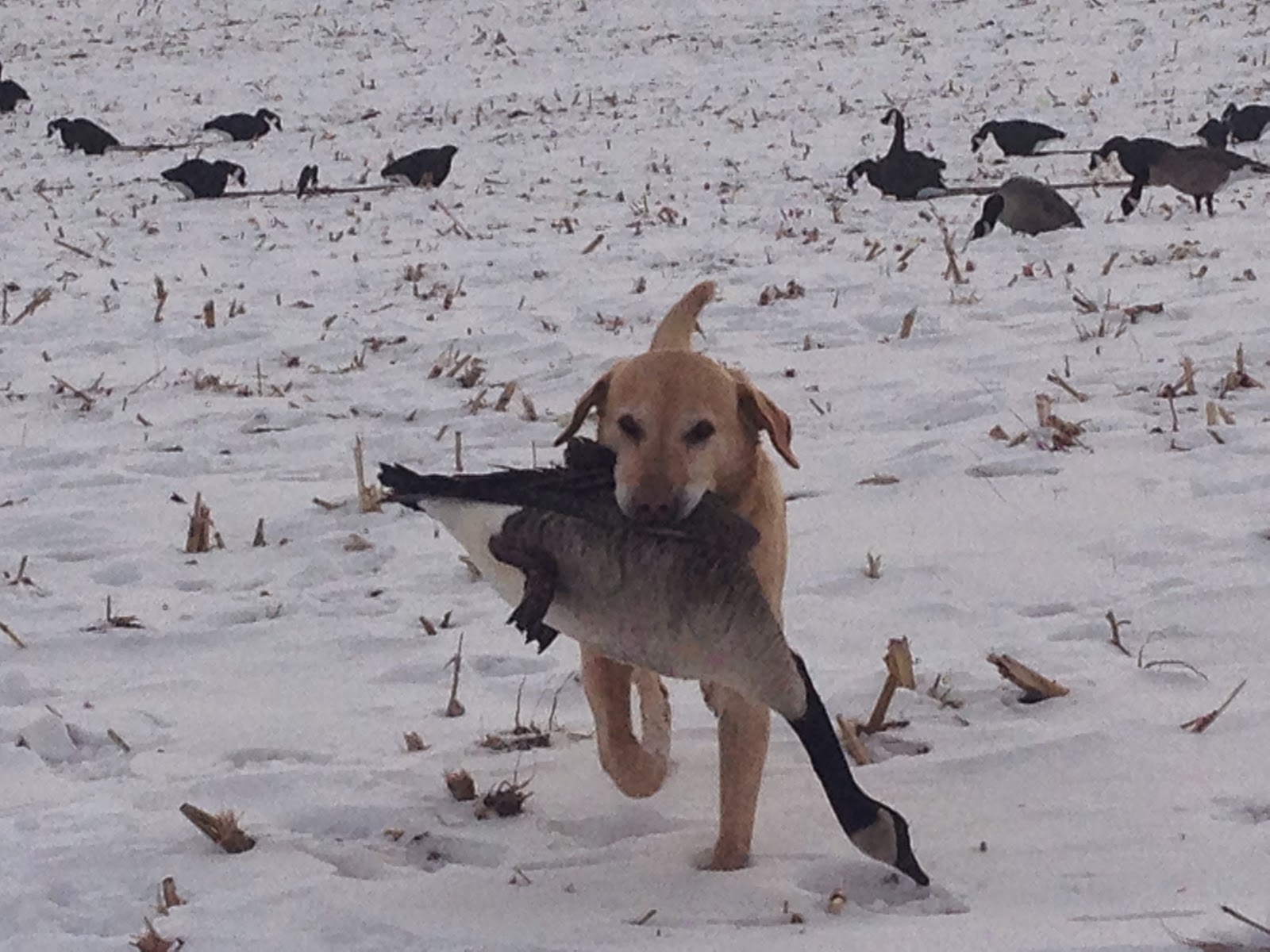 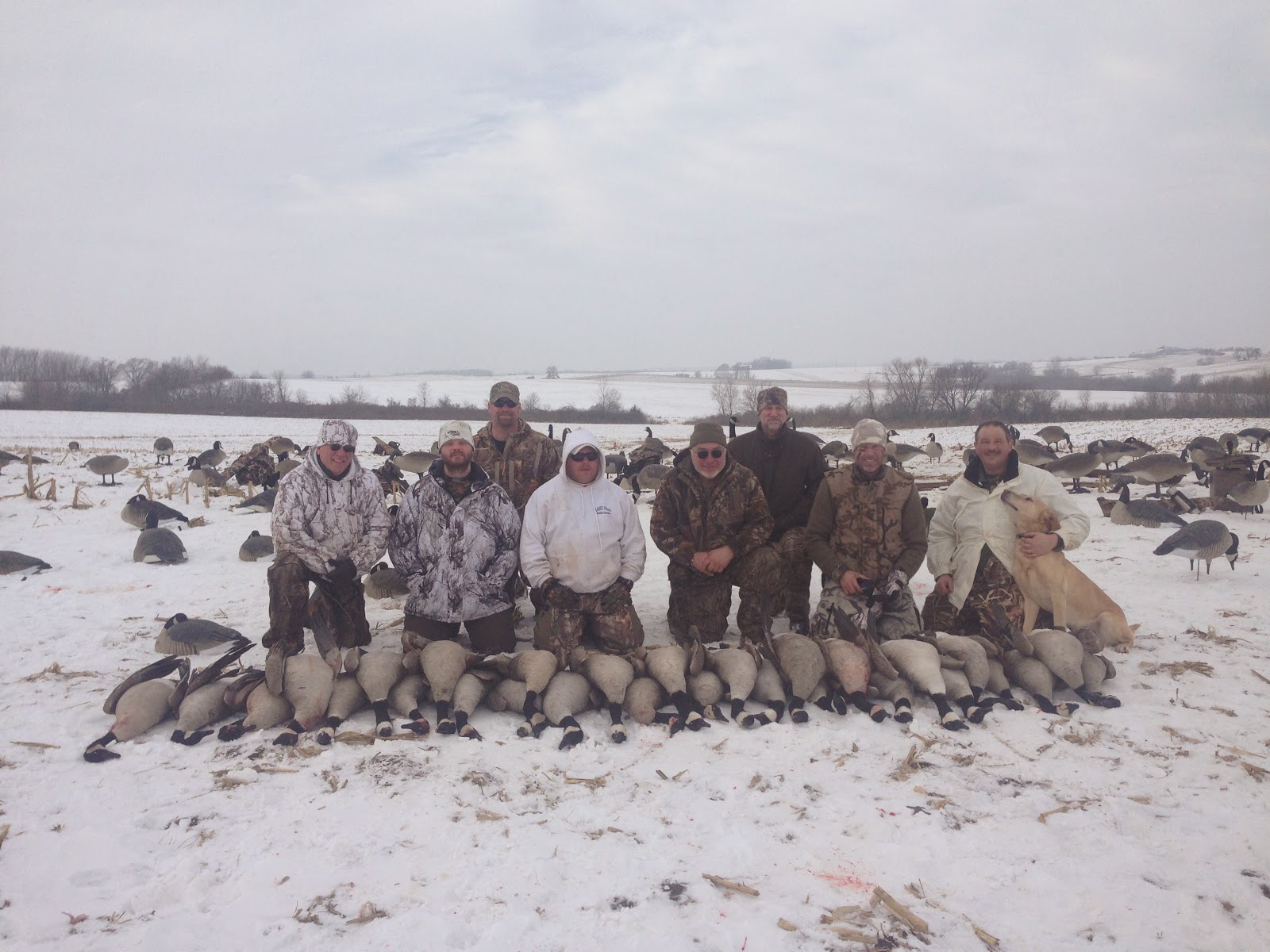 We Had 1 Goose Sail To The North of Us So Hawk and I Made The Long Walk To Retrieve It. When We Came Over The Hill There Were 2 Eagles Picking It And This Is What It Looked Like! 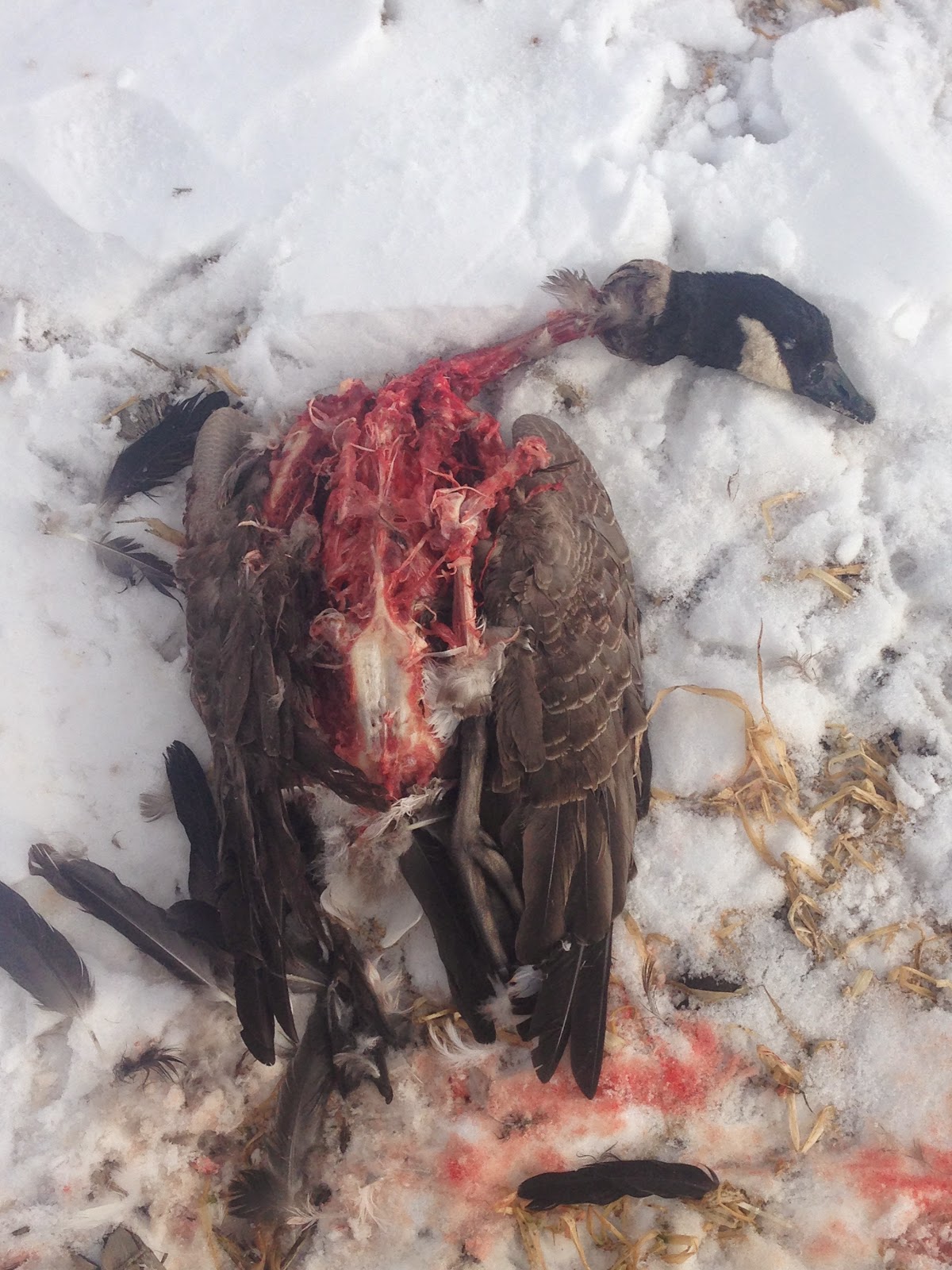 One Of Our Guides, Charlie, Was Hunting When He Had A Visitor Come And Try To Eat One Of His Decoys.  After the Coyote Pounced On A Decoy Charlie Let Him Have It! 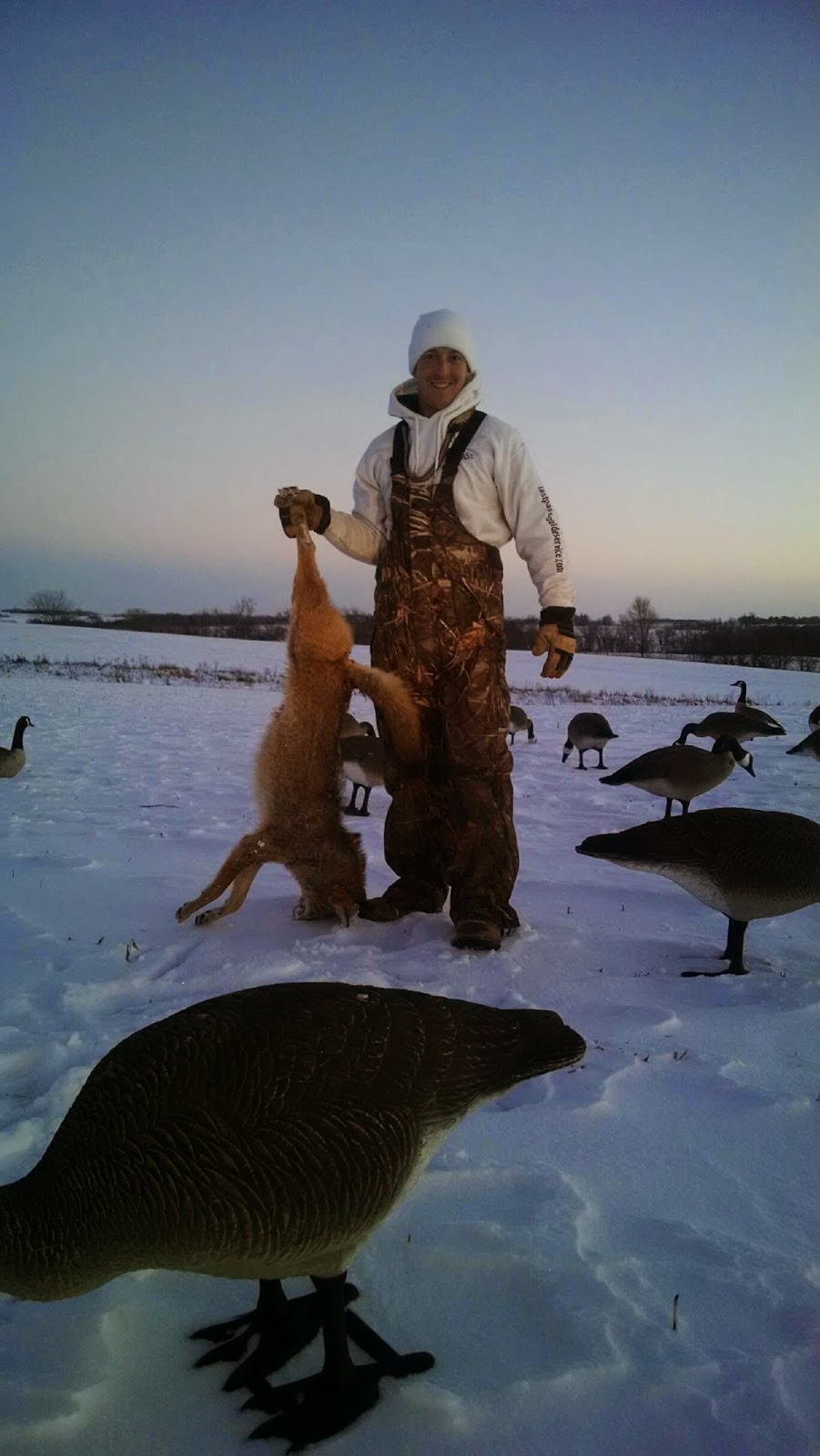 As you read this we are working our tails off getting ready for the grind of the snow goose season.  It is looking to be a great season with a huge hatch of juvies this last spring.  If you still want to go give us a call ASAP!  We want to give a big thanks to the team members at Last Pass.  You guys are a huge help to us and we really appreciate it.  Also we would like to thank all the people that came to hunt with us this last ﻿season.  We have so much fun hunting with everyone and all of our hunters are good people.  Bryce and I know you have a lot of options who you can hunt with and we are thankful that you choose us.  We hope to see everyone again next year!